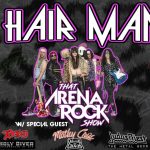 Calling all Party Animals! It’s time to get your ROCK ON! That Arena Rock Show brings Big Hair Mania to Bogart’s (2621 Vine St. Cincinnati) this Friday Feb 8! Doors open at 6 p.m. and magic begins at 7 p.m. That Arena Rock Show is the ultimate high energy tribute to “Classic” Rock N’ Roll. Performing legendary rock anthems that ruled the airwaves in the 70s and 80s. Including artists like: Led Zeppelin, Aerosmith, AC/DC, Bon Jovi, Guns N Roses to name a few. This show will take you on a trip back in time, turning every sized venue into an arena for a night! Get your lighters... Read More 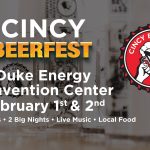 The big one is back! The 12th Annual Cincy Winter Beerfest takes place this Friday Feb 1 and Saturday Feb 2 at the Duke Energy Convention Center (525 Elm St. Cincinnati). Join Cincy Beerfest as they celebrate great craft beer from down the street and around the country! Enjoy hundreds of craft beers from over 150 breweries, live music and tons of craft beer fans! Breweries and beer enthusiasts from across the region will gather these two evenings for a sampling of fresh craft beers of all styles, and tastes and a whole lotta fun! All while raising funds for the Big Joe Duskin Music Foundation,... Read More

Iron Maidens Rocking Out at Bogart’s 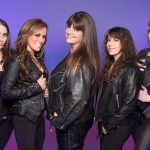 The world’s only female tribute to Iron Maiden is coming to Cincinnati! Catch Iron Maidens at Bogart’s (2621 Vine St. Cincinnati) this Saturday Jan 5. Doors open at 8 p.m. and the show begins at 9 p.m. Formed in 2001, The Iron Maidens have quickly established themselves as one of southern California’s most popular tribute acts and are rapidly gaining international recognition. The band boasts beauty as well as excellent musicianship, lively stage presence, and a remarkable stage show with theatrical scenes interspersed throughout. First and foremost, on the agenda of The Iron Maidens is talent.... Read More

Jackyl Taking the Stage at Bogart’s 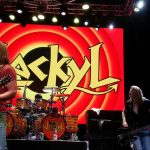 Get wild and crazy at Bogart’s this Tuesday night! Jackyl takes the stage at Bogart’s (2621 Vine St. Cincinnati) this Tuesday Nov 20. Doors open at 7 p.m. and the show begins at 8 p.m. Jackyl is an American hard rock band formed in 1991. Their sound has also been described as heavy metal and Southern metal. Their eponymous album has sold more than a million copies in the United States with released hit singles like “Down on Me” and “When Will it Rain”. The band is best known for its song “The Lumberjack”, which features a chainsaw solo by lead singer Jesse... Read More 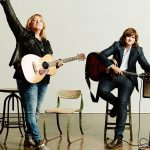 Grammy Award–winning folk rock music duo, Indigo Girls, are heading to Cincinnati! Catch Amy Ray and Emily Saliers of Indigo Girls this Tuesday Nov 20 at the Cincinnati Pops Orchestra (1241 Elm Street Cincinnati) at 7:30 p.m. The voices of the Indigo Girls soar and swoop as one, alternately raucous and soothing. When they sing together, they radiate a sense of shared purpose. The Grammy-winning duo behind hits like Closer to Fine and Galileo brings its signature sonic blend of folk rock to the Cincinnati Pops for a program of fan favorites across their groundbreaking career. Ticket prices vary... Read More

Andrea Bocelli Gracing the Stage at US Bank Arena 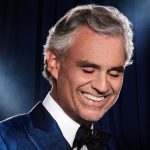 Hearts will be singing, and lovers will be swooning in Cincinnati, this Friday night. Grammy-nominated and legendary tenor Andrea Bocelli takes the stage at US Bank Arena (100 Broadway St. Cincinnati) this Friday Oct 19. Doors open at 6:30 p.m. and the magic begins at 8 p.m. To help welcome Andrea Bocelli to Cincinnati, one of America’s finest and most versatile ensembles, The Cincinnati Symphony Orchestra and the May Festival Chorus will be joining the Maestro on stage for this once in a lifetime performance. With one of the most recognizable and romantic voices in the world, Andrea Bocelli... Read More 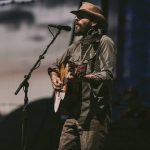 Singer/songwriter, Ray LaMontagne, will be Just Passing Through Cincinnati this week. Catch an unforgettable live performance from Ray Montagne, with special guest Liza Anne, as he brings his Just Passing Through Tour to Taft Theatre (317 E 5th St. Cincinnati) this Wednesday Oct 17. Doors open at 6:30 p.m. and the show begins at 7:30 p.m. Grammy Award winning singer/songwriter Ray LaMontagne returns to the stage on his Just Passing Through acoustic tour, highlighting songs from his vast and varying body of work.  Joining Ray on the tour will be John Stirratt from Wilco on bass.  The two will... Read More

Get Ready! Here Come the Mummies! 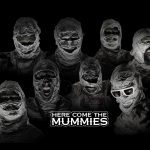 It’s not every day you get to witness an eight-piece band of 5,000-year old mummies perform upbeat and catchy funk-rock. Cincinnati, brace yourselves. For Here Come the Mummies! Here Come the Mummies will be bringing their “Terrifying Funk from Beyond the Grave” to Bogart’s (2621 Vine St. Cincinnati) this Saturday Oct 13. Doors open at 7 p.m. and the show is set to begin at 8 p.m. Some say they were cursed after deflowering a great Pharaoh’s daughter. Others claim they are reincarnated Grammy-Winning studio musicians. Regardless, HCTM’s mysterious personas, cunning song-craft,... Read More 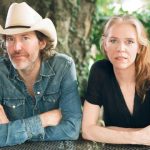 Singer-songwriter, Gillian Welch, and partner David Rawlings are bringing their emotional folk music to Cincinnati! Gillian Welch and David Rawlings hit the stage at Taft Theatre (317 E 5th St. Cincinnati) this Monday Oct 8. Doors open at 7 p.m. and the show begins at 8 p.m. The Harrow & The Harvest, Gill and Dave’s new record, is both a product of and is unrelated to those years in-between. Best to forget that. What it is, indisputably, is the product of two people who have become so entwined in one another that the songs and the singing and the playing on this record seems to exude... Read More 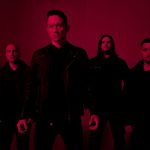 Until the World Goes Cold, there’s no excuse to miss heavy-metal band Trivium this Monday night. Trivium, along with Avatar and Light The Torch, brings The Sin and The Sentence World Tour to Bogart’s (2621 Vine St. Cincinnati) this Monday Oct 8. Doors open at 6:30 p.m. and the show begins at 7:30 p.m. Trivium, from Orlando, Florida, formed in 1999. After getting signed to Roadrunner Records in 2004, the band has released eight studio albums and over twenty singles. Their latest album, The Sin and the Sentence, was released on Oct 20, 2017. The band has sold over one million albums worldwide.... Read More