Hamilton on Broadway Graces the Stage at Aronoff Center

The highly anticipated, successful and revolutionary on-stage production of Hamilton is finally coming to Cincinnati!

Hamilton is heading to Procter & Gamble Hall at Aronoff Center for the Arts (650 Walnut St. Cincinnati) this Tuesday Feb 19 and will continue production through Sunday Mar 10. 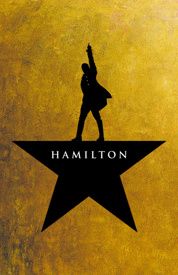 Hamilton is the story of America’s Founding Father Alexander Hamilton, an immigrant from the West Indies who became George Washington’s right-hand man during the Revolutionary War and was the new nation’s first Treasury Secretary.  Featuring a score that blends hip-hop, jazz, blues, rap, R&B, and Broadway, HAMILTON is the story of America then, as told by America now.

With book, music and lyrics by Lin-Manuel Miranda, direction by Thomas Kail, choreography by Andy Blankenbuehler and musical direction and orchestrations by Alex Lacamoire, HAMILTON is based on Ron Chernow’s biography of Founding Father Alexander Hamilton.

Ticket prices start at just $148.75 and can be purchased online at https://cincinnati.broadway.com/shows/hamilton-baa/.

Do not miss this award-winning musical throughout its stay here in Cincinnati!

Tess Abney
Tess Abney is a freelance writer who was born and raised in the Quad Cities. She spends most of her time attempting to successfully raise three boys. In her free time, writing is her passion. Whether it is sharing local events and businesses with readers or sharing her thoughts on life, she finds comfort in the way words can bring people together.
Tagged: Aronoff Center for the ArtsBroadway in CincinnatiCincinnatiEventsHamiltonThings to do